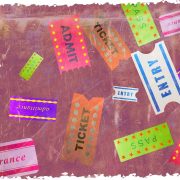 TAOS Musical Theatre is pleased to announce that tickets are now on sale for our latest production, the smash hit new musical Made in Dagenham.

Inspired by a true story and based on the hit movie, Made in Dagenham is an uplifting new West End musical comedy about friendship, love and the importance of fighting for what is right.

Tickets are available here,  or by visiting our Current Production page or through any of our members.